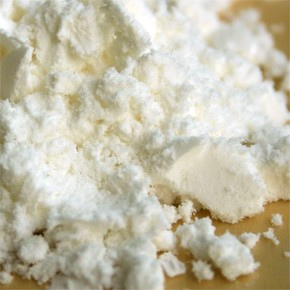 This post covers the ins and out of creatine.  What it is, how it works, why you’d want to supplement, etc.  If you’re impatient or don’t really care for all the nitty gritty details, skip down to the summary section for the highlights.  Ok, let’s dive in.

Creatine is a substance produced naturally in our bodies and stored primarily within skeletal muscle.  Most of us also ingest small amounts of it from dietary sources such as beef, lamb and bison.  For the vegetarians out there, you should note that those natural sources are all meats; so, it should be no surprise that vegetarians typically have substantially lower creatine stores.

So what role does creatine play in our body chemistry?  Well, it works on a few levels, but at the most basic, cellular level, creatine participates in our body’s ATP-CP energy system.  This is our internal power source for extremely short duration, high power output work.  Think 1 rep max testing, very short sprints, etc.

When your body recruits the ATP-CP system your muscles metabolize ATP into ADP.  Creatine is used to recycle the ADP back into ATP, effectively recharging this short term power system.  By raising intramuscular levels of creatine, we accelerate the time it takes to charge the ATP-CP system.  The real world benefits of this are things like decreasing the necessary rest time between sets and enabling us to add another rep or two at the end of a short set. 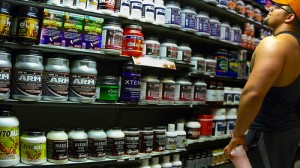 With a little context now, you may begin to appreciate the importance of creatine, but why supplement?  While we do already ingest and produce creatine naturally, it is likely at insufficient quantities to have much of an impact on the ATP-CP system.  This is where supplementation comes in.

Though, are we really supplementing just to help us occasionally get one more rep?  No, not exactly.  The supplement benefits muscle development in a variety of other ways.  First, it appears as if creatine blocks the production of a hormone called myostatin that is a catabolic signaler to our body (anti-growth).

Second, though the mechanisms aren’t fully understood, creatine enhances muscle development (perhaps mostly through signaling growth hormones like IGF).  The combination of anti-catabolic and anabolic signaling help push the body toward net anabolism – enhancing muscle growth (hypertrophy), even when we’re not working out.

At some point you may have heard rumblings about creatine supplementation being unsafe.  Unfortunately, there is a ton of bad information out there on the topic.  Before going into this any further though, please keep in mind, I don’t know your specifics, your doctor does (though he/she probably doesn’t know anything about creatine).  So please consult with your doctor before starting with creatine supplementation, especially if you have a history of kidney or liver problems.

OK, with my disclaimer out of the way, let’s get to specifics.  A handful of renal-related health disorders have been associated with creatine supplementation.  These isolated incidences can primarily be attributed preexisting health issues or blatant disregard for recommended dosing.  Creatine monohydrate is likely the most well studied health supplement available. Though, as I mentioned,  if you have any concerns, talk to your doctor.

Ultimately you’ll have to find a dosing regimen that works well for you, though here are a few guidelines:

With all of that in mind, I’ve personally been consuming about 10 – 15g / day ingesting 5g at a time.  So, on a 15g day, I usually take 5g with each meal.  Since starting my creatine regimen, I’ve noticed a big difference in muscle development and been very happy with the results. 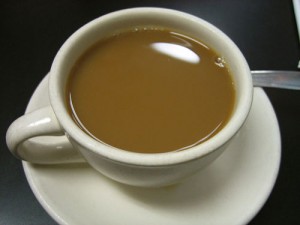 There are a handful of creatine myths, such as the safety concerns that I covered above.  I’ll touch on a couple other popular topics in this section and perhaps update it based on any questions that come up in the comments.

Some would suggest that creatine doesn’t actually help develop muscle mass, it simply increases water weight.  This is absolutely untrue.  There is tons of peer reviewed research (which I can share if anyone is interested) that demonstrates a link between creatine supplementation and muscle mass development.  Though, in addition to promoting muscle mass growth, creatine does cause many folks to retain greater levels of water.  If you’re in a sport where weight class is an issue, definitely keep this in mind when weighing whether or not to supplement with creatine.

Ok, this topic is a bit touchy.  There is a small amount of evidence that suggests caffeine could impede creatine absorption.  However, the few studies that lead to this conclusion were, in my opinion, very poorly designed.  I wouldn’t be too worried about combining creatine with caffeine.  Many of the studies that demonstrated the efficacy of creatine in the first place employed protocols of creatine with coffee.  If you are concerned though, push you creatine supplementation later in the day (after you’ve consumed your coffee).  If you’re breaking your doses up throughout the day as I suggested, you can also be sure that some of your creatine is ingested without caffeine.

Which Type of Creatine?

This post is getting long, so I’m going to keep this section short.  If you’re going to supplement with creatine, take creatine monohydrate.  Ignore marketing claims made by manufactures with a variety of other formulations.  Just buy monohydrate.  It’s cheap.  It’s well studied.  It’s effective.  If you’d like a recommendation for a specific product, take a look at my resources page.

Based on the outlined benefits, you may have guessed that the primary audience for this supplement are those participating in resistance training or other short duration, high intensity activities.  For those of you in this group, you very likely will benefit through greater hypertrophy and quicker recovery from consuming creatine.  Start out by taking 5g doses of creatine monohydrate a couple times a day and make adjustments as needed.  If you’d like to know which creatine I personally use, check out my resources page.  If you have any questions, feel free to post them in the comments below. 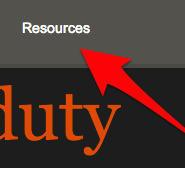