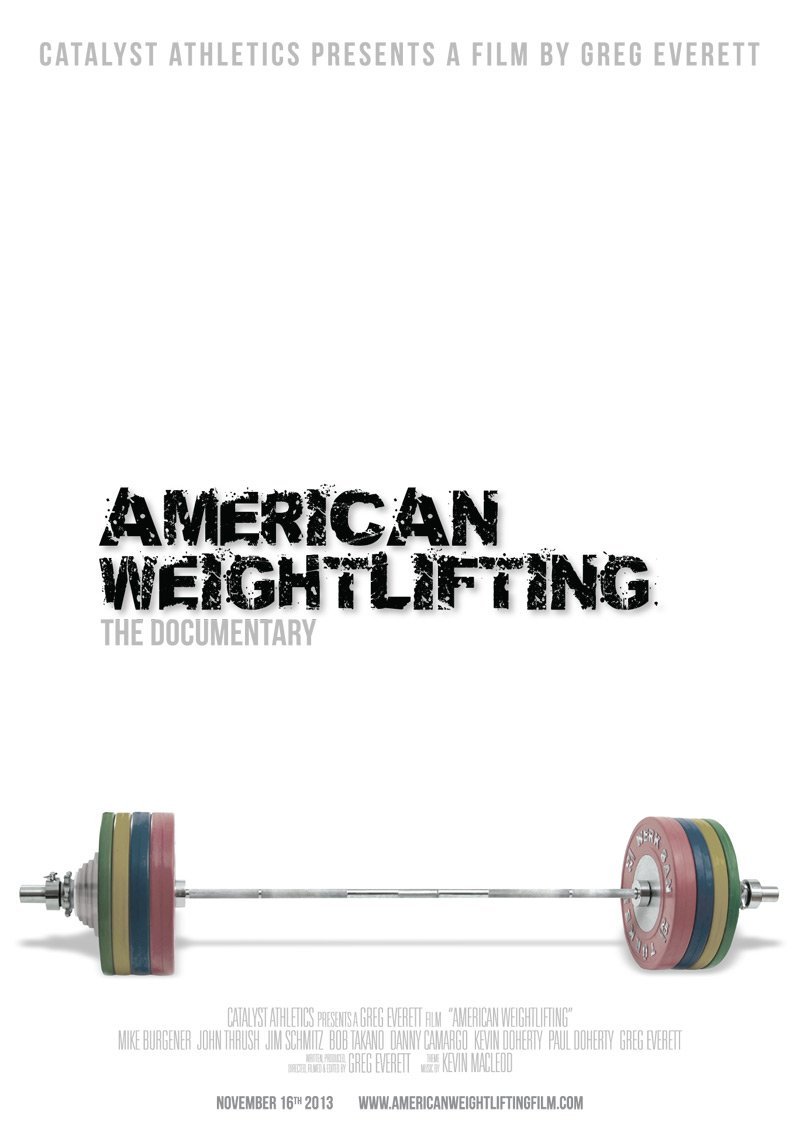 Aptly named, the new documentary American Weightlifting explores the weightlifting scene in the United States.  The Olympic sport of weightlifting is wildly popular internationally, but as obscure as noodling for catfish in the U.S.  The film highlights many of the sport’s top coaches who recount their beginnings in weightlifting and detail what drives them to succeed in the often unacknowledged sport.

As a gym owner and coach my perspective is skewed – it’s easy for me to delude myself into thinking everyone snatches because that’s the environment I’m in day in and out.  The relative obscurity of the sport is explored in this film which becomes abundantly clear as you see “big name” coaches struggle to do things as simple as secure a space to train athletes.  To this point, coach Bob Takano recounts “I have the school district to thank for providing me with a facility, although I’m not sure they know that they did it.”

So why is weightlifting so big outside of this country and so unpopular here?  Coach Jim Schmitz gives his take on the disparity, “in [other] countries, weightlifting is a meal ticket. We give up what they gain. In other words, we give up a good job, a good education to be a weightlifter, where they can get that by being a weightlifter.”  In the U.S., there’s absolutely no money in the sport.  Motivation to excel must be derived from the love of the movements, not dollars and cents.

The filmmaker, Greg Everett, believes that it is indeed possible to grow the market for the sport in this country though. “We don’t have to change the sport to make it interesting enough for spectators or for TV. You have people watching golf and fishing and poker on TV in this country. And you can’t tell me that those things are more exciting or interesting than weightlifting.”  So why does dodgeball get more air time on ESPN than weightlifting?  Well, it’s probably because more people can relate to it.  The same is true for all the other random “sports” that are more popular in this country.

Creation of the Film

Impressively, over the last four years, Everett wrote, directed, filmed, edited, produced and scored this film himself AND without outside funding.  This was in addition to his regular duties as coach and owner at Catalyst Athletics (which I’ve mentioned here before as the inspiration for my jerk box project).

So what are my personal thoughts on the film?  Let me begin by saying, I was honored to be provided with a early screener to review.  Beyond a doubt, this one-man film is quite an accomplishment and will absolutely increase exposure to the sport.

I think anyone with a cursory knowledge of the sport will really enjoy the film.  The first thing I wanted to do after being mesmerized by watching people snatch, clean and jerk for 2 hours was hit the gym.  The interviews were all very interesting and for those that participate in the sport you walk away with a feeling that you’re a part of an underground movement.  Which honestly, may be the draw for many people to weightlifting in the first place.

With all of the great interviews, I did feel that the film lacked a traditional arc.  For this reason, I’m not sure if people outside the sport will have a tremendous amount of interest – perhaps this group wasn’t Everett’s target audience though.  Regardless, it is incredible what he has accomplished on his own with this film.

For those of you interested in weightlifting, I highly recommend snatching this thing up when it’s released on November 16th.  You can pre order the dvd now on amazon.com as well as a handful of other places.