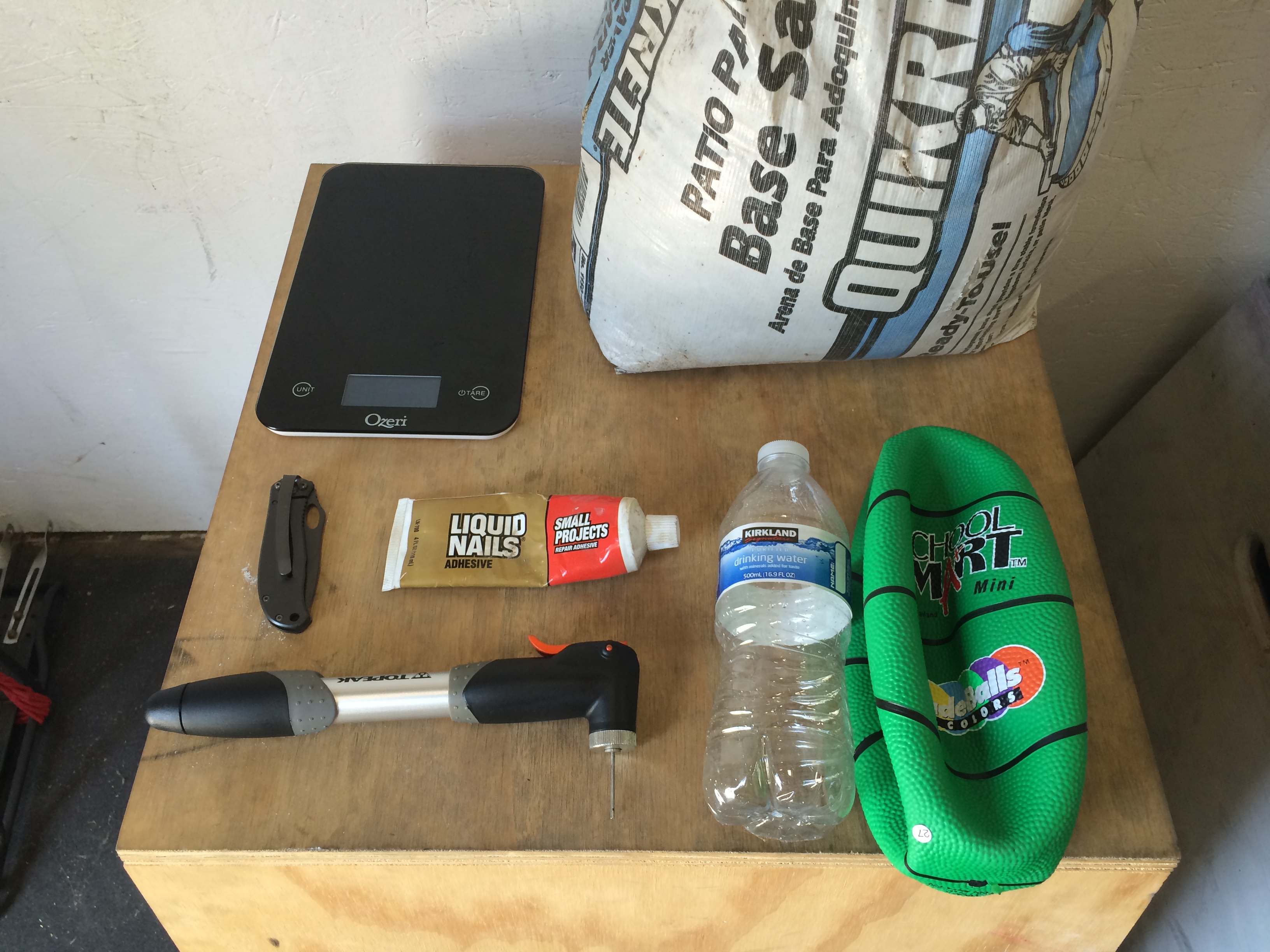 Over a year ago I started a project to build my own slam ball.  And by started, I mean I purchased some of the supplies on a whim and then let them sit for months collecting dust.  In fact, out of frustration, my wife inflated a couple of the small basketballs I purchased and gave ’em to the dog as a toy.

All the fun Tucker was having with the ball in the video above finally motivated me to take the initiative and finish this slam ball project.

Initially, my interest in making slam balls was driven by the high cost of the commercially available options, which were over $60 each.  However, Rogue recently released a much cheaper option.  Still, you’ll pay an arm and a leg to get these things shipped to you, so many of you may still find building your own is a solid option.

The other delay in this project was that I couldn’t quite get the ball right… it kept exploding on me.  Not really what you’re looking for in a ball you plan to repetitively slam into the ground as hard as you can.  After numerous tweaks and some duct tape, I finally got the thing to hold up to a solid beating. 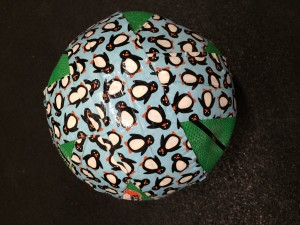 I would have preferred to skip the tape to make the ball look nicer, but ultimately I decided it’s a necessary item to ensure the ball holds up over time.  Proceed without tape at your own risk.

A six pack of basketballs cost $48 on amazon.  I had the other supplies on hand from various other household projects.  So this single slam ball cost me about $8 in total.  If you have to buy everything your total cost will probably come in around $60 for 6 balls.  That’s $10 / ball, which is still a huge cost savings, especially considering what you would have paid for shipping.

The sand I had on hand was coarse.  It occupies more volume per pound than I would have liked.  The result is that the most I could get my 11 inch basketball to weigh was a paltry 9 pounds.  Switching to a fine grain sand should enable you to substantially increase the weight of your slam ball.  I also think it’d be interesting to try metal “shot.”  This denser filler should allow you to substantially increase the weight of the ball and cut down on the rebound of the ball off the ground when it’s slammed.

What About Medicine Balls

If you switch to a larger ball, such as a regulation size basketball, you could create a homemade medicine ball.  Something that you could use for wall balls, Russian twists, etc.  The only down side would be that the DIY version wouldn’t be nearly as soft as a Dynamax ball, but hey at roughly 10% of the cost, it might be worth a shot.  Basketballs can be expensive, so consider checking a local Goodwill or Salvation Army store to get one on the cheap.

If you’ve tried to make a slam ball or medicine ball of your own, let me know in the comments below.