How to Get Kids Strong 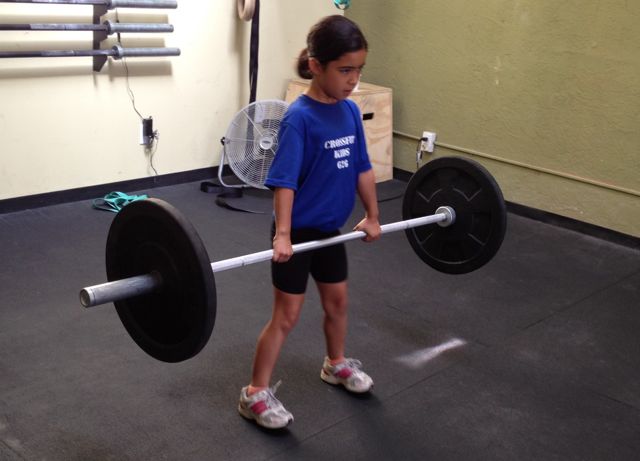 It is well established that weight training is not only safe, but highly beneficial for children.  There is, however, little information on the most appropriate training protocols for kids.  A paper I recently came across examined the response in young children to both a low-repetition / heavy load program and a higher repetition / moderate load program. 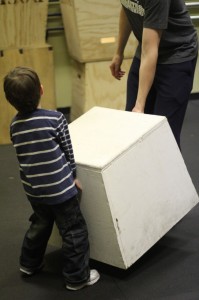 The study evaluated 33 prepubescent boys and girls, ages 5 to 11.  These children were separated into three groups: low-rep / heavy load training group, higher rep / moderate load training group and non-training control group.  Prior to the start of their training, every child tested their 1 rep max on both the vertical chest press and leg extension.  The children then retested their maxes at 4 and 8 weeks into their training program.  Muscle endurance was also tested at the conclusion of the 8 week study.

Both weight training groups followed similar protocols, exposing kids to two nonconsecutive lifting days each week.  Averaging of the loads at the conclusion of the program revealed that the children in the heavy lifting group were working at about 80% of their initial 1RM while training while the moderate load group worked at about 68% of 1RM.  The heavy load group performed 6 – 8 reps of each lift and the moderate load group performed 13 – 15 reps per movement.

The variability in strength gains across the three groups is astounding.  Far and away, the young children responded best to the moderate load / high repetition protocol.  Kids in this group saw an increase of 16% to their chest press and 40% to their leg extension over 8 weeks!  This group also scored substantially better on the muscle endurance test.

The heavy load / low repetition group also saw gains in max lifts and endurance, though not of the magnitude that the moderate load group experienced. 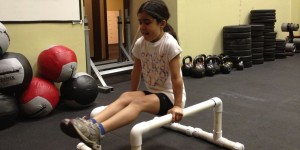 As prepubescent children, due to a lack of testosterone production, strength gains are primarily attributed to neuromuscular adaption.  In adults, it has been well established that a heavy load / low repetition protocol is the best method for developing neuromuscular adaption, which makes these results somewhat perplexing.

So what gives?  Well it appears that one of two things is happening: 1) neurological recruitment of muscles in prepubescent kids is stimulated differently than in adults or 2) other factors are contributing to the development of strength in these kids such as the development of motor skills or improvement in coordination.

Hopefully, the authors and other academics will continue to research this poorly understood topic.  Until that time though, it is clear that – at least prior to reaching puberty – children respond better to higher volume, lower load weight training.  This is actually works out great since the study authors also noted that the children seemed to enjoy the higher rep training much more than heavy load training.