Training, Testing and Why You Should Know the Difference 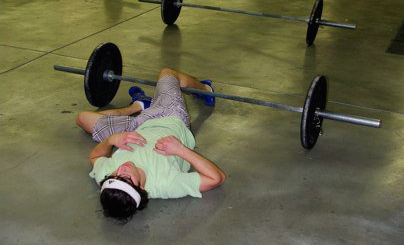 One of the first things that attracted me to crossfit was that feeling being completely crushed after a workout. Of having zero left in the tank and dropping to the floor in exhaustion as soon as time on the clock expired. I’m actually quite well know for my post-wod sprawl*.

The thing is, peeling yourself off the ground, day in and day out is not only a poor approach to improving overall health, it’s also counter productive to those seeking performance gains.

I know I’m not alone in my attraction to the soul crushing power of a brutal CF metcon. In the early days of 626, I distinctly recall a number of members asking why we weren’t hitting the hero and girl workouts on a weekly basis.

And the truth is, at that point in time, I didn’t have the vocabulary or experience to get into it. I think I would answer with something along the lines of “there’s a reason those workouts are called benchmarks,” but in a less snooty way of course 🙂

That response grazed the surface, but the deeper issue is training vs. testing and the interplay between the two. 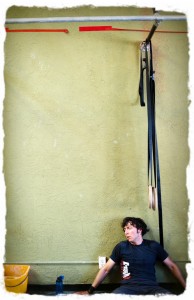 The idea of testing seems to inherently make sense to people. Working at capacity. Pushing yourself to your limit. A max lift, perhaps a workout that results in that post-wod collapse, something that if you were asked to repeat it a few minutes later, you’d likely perform substantially worse.

Training, on the other hand, is a more vague notion to folks. That’s what I do on a daily basis, right? Great question…. hopefully!

Training is the act of improving your physical potential. Training has a purpose – an intent. Building strength so that your 1RM goes up. Improving work capacity so that your Fran time goes down.

Most people intuitively understand this difference when considering strength work. For example, if one wanted to increase a lift, let’s say their back squat, they likely would agree it’s not a very effective long term strategy to come in and test their 1RM four days a week as a means of improving it. Time must be spent training the squat with submaximal loads (amongst other things).

The thing is, the exact same is true for improving your conditioning. Peeling yourself off the floor after each and every workout is not a submaximal effort. Just as in the back squat example, it’s coming in and attempting a 1RM every damn day.

But you’re tough, you can handle it… why you should care?

It’s really not about being tough, manning up, or however you care to phrase it.  It’s about making lasting improvements, about sustainable progression… in other words, it’s about effective training.

Hopefully, by now I’ve painted the picture that training isn’t just a bunch of random workouts pulled out of a hat (which has no intent) or coming into the gym 5 to 7 days a week for an all-out, 60-minute shit show (which is not submaximal).

Just to convulute things though, it’s actually not uncommon for folks to progress doing a bunch of random crap – even if they’re passed out on the floor in a pool of their own piss and vomit afterward. How? It’s likely due to the fact that, as a beginner, they’re really not able to “dig deep enough” to expose true testing – their bodies are essentially operating with a governor, self-imposing a submaximal effort during their workouts. 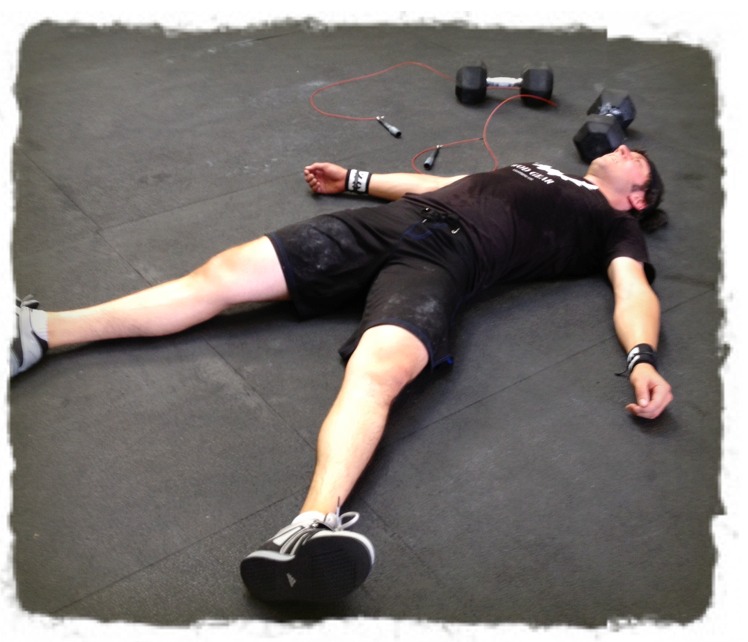 This is precisely why you see people making fantastic gains when they first get started in CF, even if they are following a hero-a-day program mixed in with some crazy squat cycle. At that stage in their development, the strength of the program doesn’t play as large of a role in their progress – it’s the fact that they’ve gone from doing nothing to being active that’s mostly responsible for their improvement.

Eventually though, they mature as athletes and their training age increases.   With this maturity, they become endowed with the ability to produce a maximal effort and things change. Their body revolts. Cortisol becomes chronically elevated. Overtraining ensues. Platueas persist. Game over.

I don’t have statistics, but I bet if you look at data you’d see poor retention for a lot of gyms in the 1 – 2 year range… precisely when this effect tends to rear its ugly head.

So, what differentiates an effective program?  Structure and client education.

Well structured programs are designed in a way where most of the time spent in the gym is training with submaximal loads or at submaximal paces (for conditioning work) with occasional testing.

Testing is used as a tool to reveal to the athlete the progress that they’re making and to expose to the program designer, the strengths and weaknesses of their athletes as well as the effectiveness of the training cycle.

Why do you think strength protocols like 5/3/1 and smolov are so effective?  They are specific training programs (meaning they have a purpose) where most of the lifts performed are with submaximal loads.  They start with your current 1RM and then have you retest after you’ve completed the cycle.  Sound familiar?  Test.  Train.  Re-test.  It isn’t rocket science, it’s just frequently ignored. 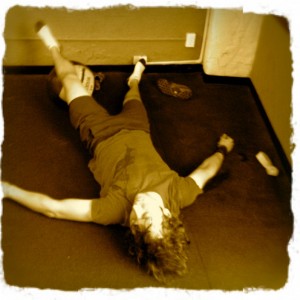 Most of us have had that feeling where we walk in to the gym, see the workout on the white board, and almost start drooling… thinking to ourselves, “I’m gonna fuckin’ smash this mutha!”

This is exactly where education (and great coaching) enters.

Great facilities not only layer testing and training together appropriately in their program, they also educate their members on the dangers of red-lining every day. They coach athletes to be consistent during training and work at capacity during testing. Athletes are made aware of the intent of the program and train with that in mind.

This absolutely doesn’t mean people are coasting during training, it just means they aren’t left crawling back to their cars post-workout. It also means that movements aren’t half-assed during workouts for the sake of attaining the “top score” for the day.  And, perhaps most importantly, when this approach is followed from the start, athletes avoid that adrenaline addiction that can cause problems later.

Remember, effective training has intent.  What was your intent when you joined your gym?  Try to keep that in mind as you approach your daily workouts.

A well designed program with educated athletes is an extremely powerful combination and a formula for long term success. Not just for the athlete, but the facility as well.

Don’t misunderstand, this isn’t a look at me and how great I am post. I’ll be the first to admit that we’ve made a ton of mistakes at 626 with regard to all of this; and we continue to grapple with it. The important thing, in my opinion, is to continue learning, to keep working toward an upgraded prescription and to never stop striving for excellence in your offerings… we owe that to our clients.

There is no template for getting people fit or for the perfect program. Everyone has unique goals, diverse backgrounds and different values. The key is to find a way to connect with your clients and to get them to buy in on this idea of training. You may loose out on some of the adrenaline junkies on the front end, but it will serve you and your clients well over the long haul.

*As further evidence of my mistakes in this area, all photos in this post are of me post-wod, feeling like it’s the worst moment of my life.