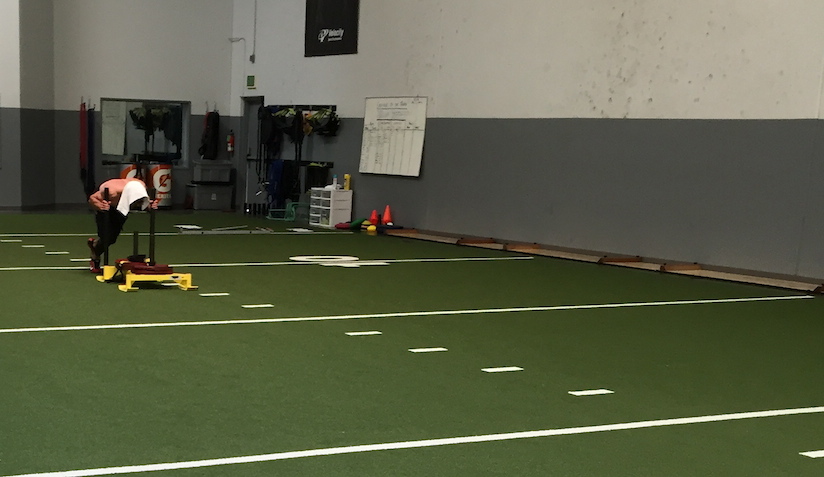 Last week I posted about my experience prepping guys for the NFL combine. While, a lot of my time was devoted to working with this group, I also had the opportunity to work with a handful of NFL pros on their off season training.

In fact, my most vivid memory of the entire training camp was the day the pros showed up. I put a group of three of them through their first session and I was blown away with how weak they were coming off their season. Seriously, there is no reason I should be able to out-squat a professional lineman.

After the 45 minute session of moderate weight training, they were passed out on the floor. But, before you start considering your potential career in the NFL, know that after just one week of consistent training, their numbers nearly doubled and their training capacity shot through the roof.

You may or may not know that the NFL season is really tough on these guys. What you see on Sundays is a far cry from the total work they put in on a weekly basis. I’m not sure if anyone has ever looked at it, but I’d love to see body comp data pre- and post-season for a group of NFLers (or any professional sport really).

This can be a major differentiator in the league though. Teams with intelligent training protocols are able to keep their players better equipped to maintain muscle mass and conditioning for longer throughout the season and thus keep winning.

There is a fine line though, between keeping the players in tip top shape and pushing too hard and potentially breaking very expensive machinery. No one wants to be the strength coach responsible for injuring a star player mid-season!

The pros were following completely different training protocols than our combine guys. This makes a lot of sense when you consider the goals of the two groups.

Combine guys… get as many reps in the bench at 225 as possible, jump as high as possible, run the 40 as fast as possible, etc. You get the idea, their whole life right now revolves around attaining the best possible scores in the combine events. 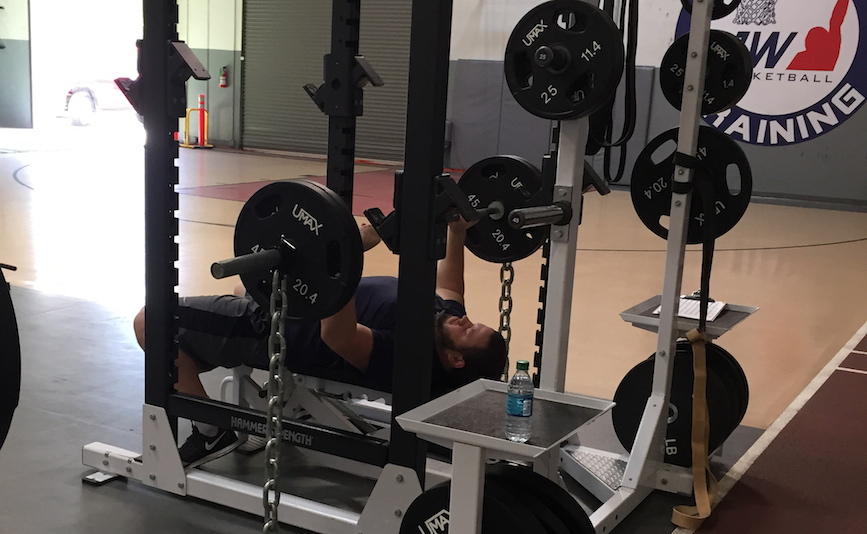 The pros on the other hand are there to improve their function within their sport. Pro football, I’m sure like all pro sports, is cut throat too. They need to be in tip top shape for training camp to earn their spot every year and to maximize their compensation potential.

So what did the pro training look like? Well, it contained a lot of movements you’re probably familiar with. They were squatting, benching, doing pull ups, etc.

There was a very strong Westside Barbell influence to the training. True to the conjugate method, most had max and dynamic effort days for both upper and lower body. They worked with chains. They did box squats. They spent a ton of time with the prowler.

Though many of the guys were following a conjugate template, each player was working off their own program based on their position and current condition.

Speaking of the individuals, one thing that was apparent, these guys were here to work.  There was still some level of immaturity in the combine athletes, as I mentioned in my last post, they had a tendency to goof off.  This wasn’t the case at all for the pros, those guys brought a high level of intensity to their training.  You could see they connected it to their performance and longevity within the sport – not play time with their peers.

They were also super nice guys.  I honestly wasn’t sure what to expect out of them.  Going into it, I kind of imagined they’d be pricks or prima donnas.  Not the case at all.  They were super friendly.  They asked questions about their training.  And, we spent a fair amount of time shooting the shit together – outside of training hours of course. 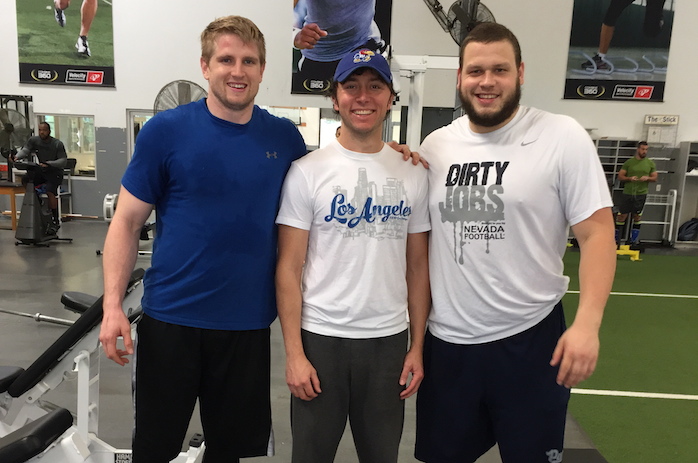 This entire experience, working with the combine guys and the pro athletes, was incredibly educational.  I learned a ton about getting individuals super strong and very powerful.  I’m already enjoying experimenting with some of these pieces in my comprehensive coaching client’s programs.

If you’ve had any interesting experiences working with pro athletes, I’d love to hear about it in the comments.